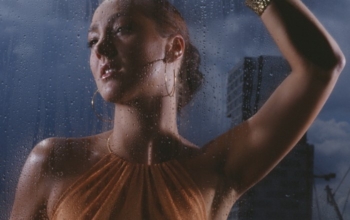 Alice Deejay
Better Off Alone, Back In My Life, Will I Ever, The Lonely One, Celebrate Our Love

Alice Deejay is a Dutch Eurodance-pop project founded and produced by Wessel van Diepen, Dennis van den Driesschen, Sebastiaan Molijn and Eelke Kalberg (Pronti & Kalmani). They are best known for their 1999 single “Better Off Alone”, which was a worldwide success, selling over one million albums and 5 million singles worldwide.

Formed in 1998, Alice Deejay launched their career in July 1999 with their debut single, “Better Off Alone”, credited as DJ Jurgen presents Alice Deejay. The song reached the top 10 in many European countries and also charted in North America. In the UK, the song went platinum and reached number 2 on the UK Singles Chart, and number 3 on the US Billboard Hot Dance Music/Club Play, also reaching number 27 on the US Billboard Hot 100. Their second single, “Back in My Life”, was released in November 1999 and reached number-one in Norway, and the top 10 in Denmark, Finland, Ireland, the Netherlands, Sweden, and the United Kingdom.

The project’s first and only album was Who Needs Guitars Anyway?, and was released in March 2000. It entered the top ten of the UK Albums Chart. They released three more singles from the album, “Will I Ever”, “The Lonely One” and “Celebrate Our Love”, and all reached the top 20 in the United Kingdom. Pronk, together with backing singers, toured dance-themed venues to perform live. In 2002, this line-up made their final appearance together. There was a shocking announcement from Judith Pronk that she would finally return on 16th October 2021, she performed as Alice Deejay again live on stage after 20 years at the Ethias Arena in Belgium. ~Wikipedia