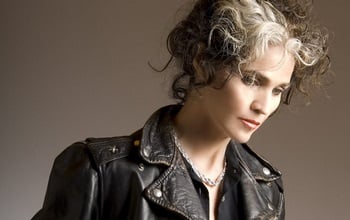 Alannah Myles (CA)
Love Is, Black Velvet, Lover of Mine

The ‘Alannah Myles’ first self titled album released in Canada in the spring of 1989 produced four Top 40 hits, “Love Is”, “Black Velvet”, “Lover of Mine”, and “Still Got This Thing”. Released internationally in 1990, Atlantic records finally hit pay dirt with her number one international smash, “Black Velvet”, winning a Grammy award for best female rock performance, along with several Canadian Juno Awards, a Diamond award for sales in excess of one million in Canada – the only artist who still retains this status for a debut record. After it’s first year of release Black Velvet received the ASCAP award for over one million radio plays and the ASCAP ‘Millionaire Award’ in 2005 for over 5 million radio plays. SOCAN in Canada awarded the songs, “Black Velvet” and “Lover Of Mine” each with an award for over 100,000 plays in Canada in 2005 with her #1 hit ‘Song Instead Of A Kiss” to follow.