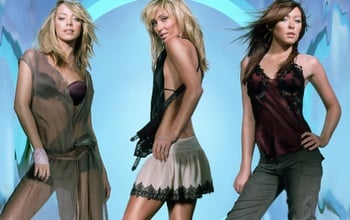 Atomic Kitten are an English BRIT Award-nominated pop girl group formed in Liverpool in 1998 by Orchestral Manoeuvres in the Dark (OMD) frontman Andy McCluskey. The group consists of three members: Kerry Katona, Liz McClarnon and Natasha Hamilton. Jenny Frost joined the group in January 2001 to replace Kerry Katona who quit when she became pregnant although Katona later replaced Frost when the group reformed in 2012. To date the group have had three UK number one singles; “Whole Again”, the fourth best-selling single by a girl group of all time, “Eternal Flame”, a song originally recorded by The Bangles, and “The Tide Is High (Get the Feeling)”, a song originally recorded by The Paragons and later by Blondie. They have also had two double-platinum number-one albums in the UK, their debut Right Now and its follow-up Feels So Good. They released their final studio album Ladies Night on 10 November 2003. As of April 2013, Atomic Kitten have sold over 10 million records worldwide.