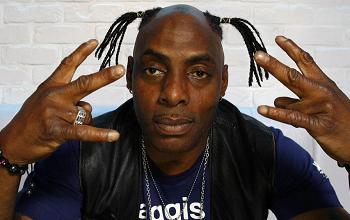 To date, Coolio has sold over 30 million records globally and has performed in concerts to adoring fans in Africa, Israel, Russia, Japan, Thailand, Brazil, Australia, and Turkey and throughout Europe. In the diversified hip hop industry, Coolio is one of the few rap artists who has been able to garner mainstream success and critical acclaim.

Coolio won a Grammy Award in 1996 for Best Rap Performance, Solo for his international hit single, “Gangsta’s Paradise” which was also featured on the “Dangerous Minds” soundtrack and movie. The single “Gangsta’s Paradise” was also nominated for a Grammy for Best Song of the Year and it sold over 4 million copies and was Billboard Magazine’s number one single in 1995.

Coolio has successfully made the transition from performer to actor and enjoys balancing both professions. He co-stars in the motion picture Retirement with Bill Cobb, Peter Falk, Charlie Murphy and Rip Torn. The film features music from Coolio’s “Return of the Gangsta” album. Coolio has also starred in several HBO films and series as well as having a cameo role in the Batman Film in 1996. His most recent TV accomplishments include his Hit reality TV show on the Oxygen Network “Coolio’s Rules” and his hilariously acclaimed internet cooking show, Cooking with Coolio which has now logged over 4 million hits on the web.

Coolio is to be recognized as one of the most accomplished and influential Rap Stars of Our time. He is known for being one of the rappers that help cross over hardcore hip-hop into the music mainstream community. He will forever be held as one of the West Coast Greatest and He is truly a Hip Hop Legend!