2 Brothers on the 4th Floor booking 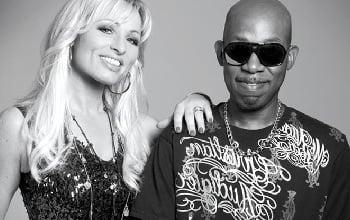 At the beginning of the 90’s the two brothers Boer created, in their apartment on the 4th floor in The Netherlands, two songs called “Can’t Help Myself” and “Turn Da Music Up”. Both songs became big hits and a little while later Des’ray and D-Rock were added to the eurodance formation.

From this moment on the act scored hit after hit in over 20 countries all over the world. Their first single ‘Never Alone’ received a golden award in The Netherlands and reached the top of the Dutch charts. 2 Brothers on the 4th Floor also received a golden award for their follow up single ‘Dreams’, this single peaked at #1 in various countries such as the UK, The Netherlands, Norway and Israel.

2 Brothers on the 4th Floor bookings from Room 5 Agency HERE.

2 Brothers on the 4th Floor produced 16 singles among which Let me Be Free, Come Take My Hand, Fairytales, There’s a Key and One Day. 10 of these singles ended up in the top 10 of the charts. Both albums ‘Dreams’ and ‘2’ received a golden award for their record sales. But after all the success the act decided in 2001 to focus on other activities and the act splits up. This marks the end of one of the most successful acts of the 90’s.

Initiated by Busby Media. Des’ray & D-Rock decide to perform one more time as 2 Brothers on the 4th Floor. Because of the overwhelming enthusiasm and the success of the show Des’ray & D-Rock were persuaded to come back with their ‘Reunion tour’ in the Benelux. Within a couple of years the act was performed over 100 times in the Benelux with as most remarkable show a sold out Ethias Arena at “I Love The 90’s – The Party”.

In 2010 the act announced that they’re working on an international tour, and the story continues.~ Janvis