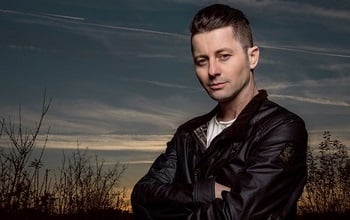 Akcent (RO)
Kylie, Stay with Me, That’s My Name, My Passion

The climax of AKCENT career was the international release of their breakthrough single “Kylie”, the English version of their internal hit “Dragoste de inchiriat”. The song reached the peak position in many European charts and fared well enough in countries such as the Netherlands or France.

In 2008, Adrian Sînă was commissioned to produce Akcent’s album Fără lacrimi (“No Tears”). The international hit singles “That’s My Name”, “Stay with Me” and “Lover’s Cry” were all produced by Mr Sina. In 2009, Adrian Sina also produced the “True Believers” album, and it has been one of Akcent’s most successful to date. The album included the hits “That’s My Name”, “Stay with Me,” “Lover’s Cry,” and Tears”. Also in 2009 Akcent was nominated & won the Balkan Music Awards for Best Duet/Group. Because of the success of “That’s My Name,” the song along with “Stay with me”; was released through U.S. record label Ultra Records, Warner Music Group in Scandinavia, Turkey, Italy, Greece and more. The single was also included on the “Just Dance: Vol 3″ compilation album released by The Island Def Jam Music Group in 2010. So with the multi platinum album , the band started performing worldwide. Akcent also made a music video for the single “Love Stoned” filmed in the Sahara Desert.

In 2011, Akcent signed a recording contract with Robbins Entertainment and in May 2012 “My Passion” was officially released in the United States. Then came the song “Feelings on Fire,” which featured Ruxandra Bar and a music video that was filmed with the guys driving sports cars; in Romania, on Transfagarasan. Akcent group member Adrian Sina also became a judge of X Factor (Romania season 1) the same year. 2012 was a busy and successful year for Akcent with touring & more hits. In January, Akcent released the single called “I’m Sorry” featuring pop singer Sandra N. The single was later licensed to Disco Wax records and distributed by Sony Music Entertainment in the United Kingdom, Finland and Denmark. Several of Akcent’s singles have been added to dance compilations and/or released singularly off of different major recording labels including Warner Music Group, Universal Music Group and Ministry of Sound to name a few.

As of December 2012, the groups music videos and songs on YouTube have been viewed close to 1 billion times and they have 2 million fans on Facebook. Akcent is the only international pop act to perform live in Pakistan several times within the past 2 years. Akcent’s hit single “My passion” made it into the #32 spot on the KNHC Seattle,WA FM radio station top 89 of 2012 New Year’s Eve countdown.

As of September 2013, Adrian Sina is the internal male artist with the most chart entries on the Romanian Top 100. Overall, only artists like Madonna or Rihanna have more entries than him.