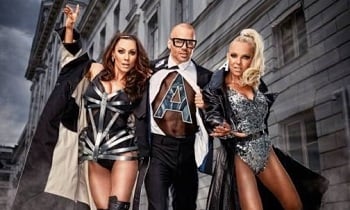 Alcazar (SE)
Crying at the Discoteque, This Is the World We Live In

The Swedish dance-pop project was joined by Annikafiore (born 1971), who began singing in a female group called Dreamettes, and Tess (born 1970), who worked as a backup singer and dancer for different local acts.

Ask the price of Alcazar and availability for free at info@room5.fi