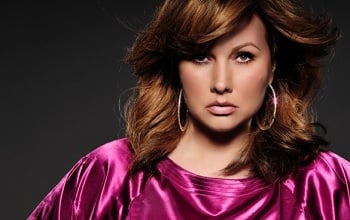 Amber (NL/DE)
This Is Your Night, If You Could Read My Mind, Sexual

Growing up in Germany with a family background that was enriched in classical music — her dad being an opera singer while her mom being a composer, singer, and piano teacher — Amber knew that her eventual profession would involve music one way or another.

With several years of vocal training that followed and sometime spent as a studio musician, Amber had the chance to collaborate with the Berman Brothers — aka Real McCoy — and release the single “This Is the Night,” which not only became an international hit, but it also made it to almost every dance party compilation.

After her debut full-length under the same name of her hit with Real McCoy, Amber would soon release a handful of additional singles through Tommy Boy Records, this includes 1996’s “Colour of Love,” 1997’s “One More Night,” and “Sexual (Li Da Di)” in 1999. Her second self-titled album followed in 1999.

A remix album of her works was released in 2000, with remixes by Deep Dish, Junior Vasquez, and Hex Hector. In 2002 she returned with her third full-length album, Naked, and two chart-topping dance hits, “Yes!” and “The Need to Be Naked.” ~ Mike DaRonco

Ask the price of Amber and availability for free info@room5.fi