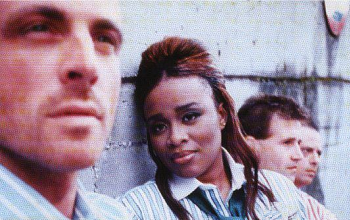 Black Box (IT)
Ride On Time, Everybody Everybody, Fantasy, I Don’t Know Anybody Else, Strike It Up

Acclaimed among the most successful producers in all of Italian dance music, Groove Groove Melody helmed dozens of singles each year at their peak; in 1989 they teamed with model Katrin (born Catherine Quinol) as Black Box, debuting with the single “Ride on Time.” Not only was the record a huge hit at home, but it soon crossed over into the British pop charts, landing at the number one spot for six consecutive weeks despite the controversy that erupted in the wake of the discovery that it included uncredited samples of Loleatta Holloway’s disco single “Love Sensation.” (A second version featured uncredited vocals by Heather Small.)

A series of Black Box hits followed, among them “I Don’t Know Anybody Else” (a Top Ten smash in the U.S. as well) and “Everybody Everybody,” which featured vocals by Martha Wash; the group’s debut LP, 1990’s Dreamland, was also a success.

They returned in 1991 with “Strike It Up,” another American Top Ten entry, as well as the Mixed Up! collection; additionally, the Groove Groove Melody team scored with material recorded under a variety of other aliases, among them Starlight (“Numero Uno”) and Mixmaster (“Grand Piano”).

After a long hiatus, Black Box returned in 1995 with the album Positive Vibration, which went largely unnoticed. Davoli remained a prominent DJ and occasionally produced and remixed tracks under a number of aliases. ~ Jason Ankeny