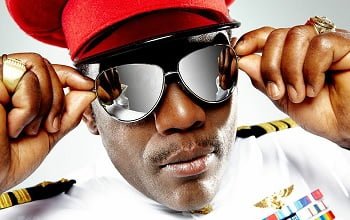 Captain Jack, one of the most well known pop and dance acts worldwide was created in the 90’s by the German music producer Udo Niebergall. It is the unique mix between party music and the “millitary-dance-sound” that brings everyone on the dancefloor. The uniform and the red hat are the trademarks of CAPTAIN JACK.

With 19 gold and platinum awards, worldhits like “Captain Jack”, “Soldier, Soldier” and “Drill Instructor” as well as over 40 million sold records (single, album, downloads) he is one of the most successful acts of its kind.

CAPTAIN JACK is back

Bruce Lacy & Michelle Stanley are the explosive cast of Captain Jack. They conquer the international charts, festivals and clubs with their new album 90’s MEGA PARTY. Wherever they perform – Captain Jack fascinates everybody. It is a guarantee for a great party with a special vibe.

Showprogram: In a 45 minute live performance, Captain Jack shows its success-proven music repertoire. Beginning the show with the ultimate top-hits that were successful worldwide, (“Captain Jack”, “Soldier, Soldier”, “Drill Instructor”) the journey takes you way back into the 90’s. This music genre fascinates young and old again and again! ~ Janvis