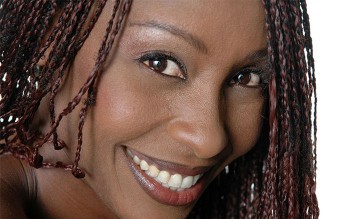 Olga de Souza (IT) (Corona)
The Rhythm of the Night, Baby Baby, Try Me Out, I Don’t Wanna Be a Star

The main focus of the Italian dance band Corona is unquestionably their striking and talented Brazilian singer, Olga de Souza.

Seeking a career in music, Souza moved to Italy as a teenager, where producer Francesco Bontempi took her under his wing, forming Corona shortly thereafter — a group that specialized in the dance sounds of such ’90s chart-toppers as La Bouche and the Real McCoy.

December 1993 saw the release of Corona’s debut single, “The Rhythm of the Night,” which hit the top spot on the charts in Italy (staying at number one for a staggering 13 weeks total).

Their full-length debut (titled after their smash single and featuring remixes by Luvdrop and Nick Hussey) was issued a year later, while 1995 saw the release of another dancefloor hit, “Baby Baby.” After several delays, Corona’s sophomore effort was issued in 1998, Walking on Music, which failed to match their earlier chart success. ~ Greg Prato