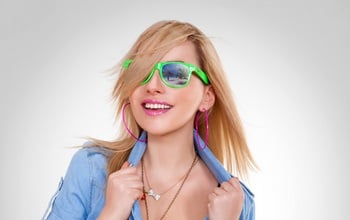 Damae (DE) (nkb Fragma)
Toca’s Miracle, Everytime You Need Me, You Are Alive

When hit producer Gottfried Engels (Tiger Records) asked her to be the singer for his project FRAGMA, it became the start of an incredible journey. Their first common single was an international smash, reaching #4 in the UK charts, which is quite notable for a German singer. In the aftermath, albums, single releases, several video clips, and worldwide tours followed. Having a #1, #3, and #4 in the UK charts sparked off the bands huge success.

Damae performed at some of the largest music events including “Party In The Park” in the UK and “Northern Lights Festival”, and embarked on a worldwide tour stretching over Scandinavia, Brazil, Australia, Russia, USA and Europe, performing in prestigious venues across the world including Pacha & Space in Ibiza.

Parallel to Fragma Damae had her own Dance Music show on ONYX called Dance District where Damae would present and interview many huge stars in the industry. Guests included exclusive Star DJs like Tiesto, Paul van Dyk, Mousse T and the list goes on. In addition Damae was a guest presenter of the show “Club Rotation” at VIVA.

Frequently Damae surfaced with songs of her own or as a featured artist with other acts such as Schiller with the song “Lonely” for the gold album “Sehnsucht”, which Damae wrote and performed, or “Velvet Morning” with Kyau & Albert. She also worked on Germany´s No #1 Dance-Label Tiger Records with different producers such as Dave Kurtis, Mauro Mondello, Mekki Martin, Lissat & Voltaxx, Luca Debonaire, and Saint Tropez Caps. Alongside all of this Damae writes for other artists currently signed with different labels.

Recently she was invited as an artist, topliner and songwriter for the Eurovision Song Writing Camp in the Netherlands and Andalusia. (The Eurovision Song Contest is the biggest music event in the world and reaches more than 250 Million viewers on TV.)

Whether in the studio, on stage, on television, during interviews or autograph sessions, Damae always gives her all in everything she does. Her fans feel her heartfelt dedication and love her for it. Due to her diligence, her fighting spirit, her flexibility, her versatility and her unrivaled desire to try out new things and to follow unusual paths combined with her positive attitude to life, she became a symbol of success and consistency for many female singers in the music industry.