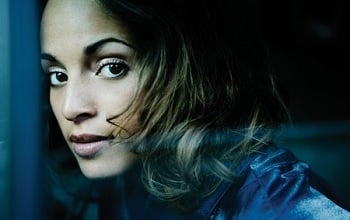 Swedish pop star Emilia was born in Stockholm on January 5, 1978. She was exposed to a unique mix of cultures throughout her young years, reared by a Swedish mother and Ethiopian father. The traditional Ethiopian music and jazz that filled the house thanks to her musical father introduced Emilia to the joys of singing and performance early on.

Emilia decided on a life in music at the age of ten after one of her father’s concerts, and was accepted into the Adolf Fredriks Music School in Stockholm shortly thereafter. She studied classical music there for eight years, playing soul and pop music on the side.

Emilia was discovered by Lars Anderson (son of ABBA member Stikkan Anderson) in 1996. Together she and Anderson set to work writing and recording what would become her debut record. Though finding time between work and her studies at university was difficult, the hard work paid off with the release of Emilia’s debut single, “Big Big World,” in September 1998.

The song became the fastest-selling single in Swedish history, attaining gold status after six days on the air, platinum status five days after that. The song quickly went on to win fans all over Europe, dominating charts from Norway to Turkey. The full-length record Big Big World hit shelves in 1999, ultimately selling over a million copies. Her self-titled follow-up drew producer and songwriters from the highest levels of the pop music industry.

Though Emilia did not rule the pop charts as its predecessor had, Emilia enjoyed the high sales and first-rate touring that comes only with international stardom. After a long period of silence Emilia returned to the spotlight in 2007 with her third original release, Sma Ord Av Karlek, released by the independent Bonnier label rather than the behemoth Universal, which was responsible for her two previous records. ~ Evan C. Gutierrez

Ask the price of Emilia and availability for free info@room5.fi