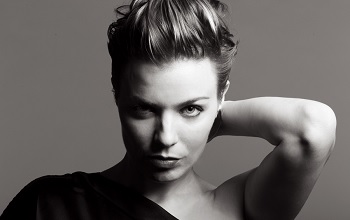 Gala (IT)
Freed from Desire, Let a Boy Cry, Come into My Life

Gala’s own first single Everyone Has Inside was one of the hits of the winter ’95 and also one of the most played records from the most important Italian radio stations, reaching the top of the sales charts: #1 position for a few weeks consecutively.

She had the real consecration, with her second single Freed From Desire. After having the #1 position for 4 weeks in the Italian sales charts, she became a European reality : Spain, France (#1 for 6 weeks), Belgium (#1 for 8 weeks), The Netherlands, Germany (# 14), Scandinavia, Greece, Israel (#1 for 2 weeks) and even United Kingdom (where she sold over 500.000 copies and reached #2 and 15th best selling single of 1997) were the countries where the song had the major success. Gala entered on the list of nominations for the “Best Dance Act” of the “1997 Mobo Awards”, together with artists like : Prodigy, Blue Boy, Chemical Brothers and Orbital. Soon this very big hit was also officially released in Japan and in the U.S.A. were it ranked #1 in US Billboard Dance.

Gala was awarded the best female artist of 1996 by the official monthly magazine Musique et Disques, the best pop-dance artist of 1996 in France (where she sold almost 2 million copies – diamond record !), the female singer of 1997 in Israel, and the Italian revelation of the European market. In July 1997 she was again awarded with the “Italian Dance Award” as the best pop-dance artist of the year and also the producers Molella and Phil Jay receive their award for the “Best Producers of the year”. In the whole, the single sold 5 million copies worldwide

In January 1997 the third single Let A Boy Cry was released, pop-dance style, for which she received a platinum record in Belgium. It peaked and remained #1 for 3 weeks in Israel, # 12 in UK, # 1 in France and Belgium. This single sold 3 million copies worldwide. It was followed by her 4th single Come Into My Life, released worldwide on the 4th of November 1997. It reached # 4 in Israel, # 1 in Italy, # 38 in UK, and # 5 in US Billboard Dance Chart.

Ask the price of Gala and availability for free info@room5.fi