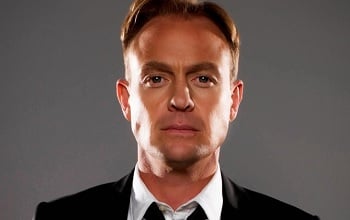 Jason Donovan (AU)
Sealed With A Kiss, Too Many Broken Hearts, Especially For You

The child of actor Terence Donovan and TV presenter Sue MacIntosh, Jason Donovan’s career has successfully run the gamut of show business, embracing soap opera, film, music, and theatre, both in his native Australia and in the U.K.

Fame first found Donovan where it found many other Australian performers — on the set of the soap Neighbours during the mid-’80s. One of the most popular shows in the U.K., it brought Donovan, as well as co-star Kylie Minogue, to the attention of music producers Stock, Aitken & Waterman. They turned Donovan into a teen-idol and he had several hits both in Australia and the U.K. during the late ’80s and early ’90s. Four Top Ten hits in Australia (including the number one duet with Kylie Minogue, “Especially for You”) paled compared to his U.K. successes, which included three consecutive number one hits. His debut album, Ten Good Reasons, peaked at number five in Australia.

The early ’90s marked a change of direction for Donovan as he took several parts in both film and mini-series including Blood Oath, The Heroes, and Shadows of the Heart. Stage musicals Joseph and the Amazing Technicolor Dreamcoat and The Rocky Horror Picture Show followed. ~ Brendan Swift