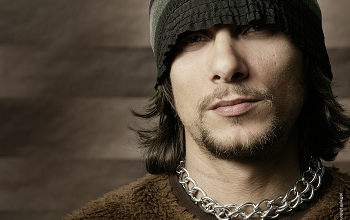 Vito Lucente, the DJ/producer who is the sleek house unit Junior Jack, was born in Italy but has lived in Brussels ever since his parents moved there when he was a teen. His first productions appeared in the ’90s under the names Mr. Jack, Kaf ‘é, and Hugh K. Lucente debuted his Junior Jack moniker in 2000 with the My Feeling single on the Play It Again Sam label. Thrill Me from 2002 and a residency at London’s Ministry of Sound with partner Kid Crème put Junior Jack on the map. Soon artists like Bob Sinclair and Moby were hiring Lucente for remix work, and 2003 found Junior Jack’s “Make Luv” and “E-Samba” getting massive spins in the clubs, while the In the House label dropped the Junior Jack and Kid Crème mix CD In the House. Nettwerk released Junior Jack’s debut full-length of his own productions, Trust It, in 2004, while its single, Da Hype with guest vocalist Robert Smith from the Cure, was climbing dance charts across the globe. ~ David Jefferies