Katrina (Katrina and the Waves) booking 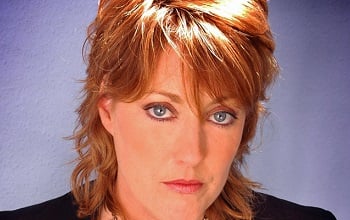 The voice of Katrina and the Waves! Katrina has one of the finest and most powerful voices in the music business and she has an established profile across Europe.

Fronting The Waves with that quintessential summer hit Walking On Sunshine, Katrina became known in every country across the globe. Walking On Sunshine has been used in a massive US TV advertising campaign and is still played frequently on every radio station in the world. It was also featured in two hit movies of 2000: High Fidelity and American Psycho.

Katrina stormed to success with the biggest ever Eurovision victory by performing Love Shine A Light to a worldwide audience of 300 million (BBC figures).

Now, The Waves have parted and Katrina is launching a solo career with a totally fresh feel and a different direction. Her debut song In Out Hearts was released in May 2000 on a compilation album of female artists, which also includes All Saints, The Spice Girls, Martine McCutcheon, Gabrielle and other top singers. Katrina’s first solo album was released summer/autumn 2000.

People may imitate Katrina, but there is only one genuine article! Hear her music and meet her now! ~ International Artists