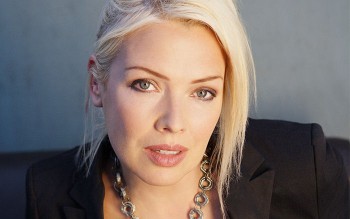 Kim Wilde (UK)
You Keep Me Hangin’ On, You Came, Never Trust a Stranger, Cambodia

The daughter of ’50s British pop singer Marty Wilde, Kim Wilde had several pop hits during the ’80s. Initially, her synth-driven pop fit in with the new wave movement, but as the decade progressed, it became clear that her strength was mainstream pop.

In 1980, Kim Wilde signed with producer Mickie Most’s Rak Records, releasing her first single, “Kids in America,” early in 1981. “Kids in America” climbed to number two on the British charts that spring, while her second single, “Chequered Love,” made it into the Top Ten; her self-titled debut album performed as well as her singles.

The following year, “Kids in America” became a Top 40 hit in America, while Select kept her in the British charts. However, Wilde wasn’t able to keep her momentum going and it wasn’t until late 1986 that she had another hit with a dance cover of the Supremes’ “You Keep Me Hangin’ On,” which charted in the Top Ten on both sides of the Atlantic.

Wilde never had another hit in America, yet she was back in the charts in the summer of 1987 with “Another Step (Closer to You),” a duet with Junior Giscombe. After the single’s success, she began changing her image, becoming sexier. The approach didn’t entirely pay off, though she had a handful of hit singles from her 1988 album, Close, including “You Came,” “Never Trust a Stranger,” and “Four Letter Word.” Wilde continued to record in the ’90s, scoring the occasional hit, either in the dance or adult contemporary field. ~ Stephen Thomas Erlewine