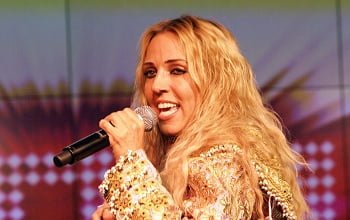 While Loona experimented with ambient sounds on the second album Entre dos Aguas, such as in “Pajaro sin Cielo” or “Tell me why”, for the third studio album Colors, she used a more mature and oriental sound, which can be heard on songs like “Land of broken dreams”, “If you want my love” or “Rhythm of the Night”, a remake of “Hadi Bakalım” from Sezen Aksu’s 1991 album Gülümse. Since “Parapapapapa”, Loona has returned to the summer vibe tune roots.

Ask the price of Loona and availability for free info@room5.fi