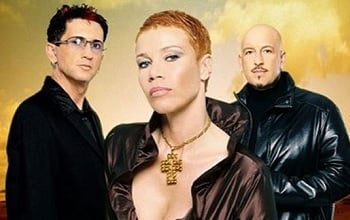 Masterboy (DE)
Anybody (Movin’ On), Land of Dreaming, Generation of Love

German club/dance outfit Masterboy debuted in 1990 with “Dance to the Beat” after DJ Tommy Schleh and Enrico Zabler met in Bader-Wurttenberg a year earlier. Masterboy issued their first album, called The Masterboy Family, in September 1991. Three years later, Feeling Alright featured vocals by Trixi Delgado, who remained in the band until 1996. That same year, Linda Rocco joined in. After achieving gold status in Germany and France with Different Dreams and climbing charts all over Europe with “Generation of Love,” Masterboy started touring worldwide. ~ Drago Bonacich

In 2013, after 10 years since their break up, the “Golden Trio” (Trixi Delgado, Tommy Schleh, and Enrico Zabler) of Masterboy has come back to perform at different 90’s revival shows.