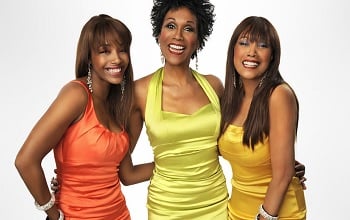 The Pointer Sisters (US)
I’m So Excited, Neutron Dance, Jump (for My Love), Automatic, Fire, He’s So Shy, Slow Hand

Originally formed in 1969 in Oakland, California, The Pointer Sisters are an American R&B singing group. They achieved massive success in the 70’s and 80’s, while they specialize in the musical genres of R&B, soul, dance, pop, gospel, country, jazz, electronic, post-disco, and adult contemporary. They have been a force to be reckoned with for over 45 years in the industry, while they have entertained millions of music goers all over the world.

The group has received many awards and recognitions for their work over the years, such as 3 Grammy Awards, 3 American Music Awards, and a star on the Hollywood Walk of Fame. The Pointer sisters have cultivated a large group of very loyal fans and followers including over 25 thousand likes on their Facebook page, and their music videos have been viewed millions of times online, including their video for the hit song “I’m So Excited” which has individually racked up over 10 million views on YouTube.

Since first breaking out on to the music scene in 1969, The Pointer Sisters have released a total of 16 full length studio albums, 11 compilation albums, 3 live albums, 1 soundtrack album, and 51 singles which are adored by their fans and music critics alike. They have had 13 singles chart in the Top 20 of the Billboard Hot 100, while six of them reached the Top 5 in the US. They have sold millions of records worldwide, and are one of the most successful singing groups of their era.

It seems that the sky is the limit for the group’s success, as their popularity and fan base continue to rapidly grow larger by the day. Expect to see more big things in the future from The Pointer Sisters, as they add to the legacy of their long and decorated career.