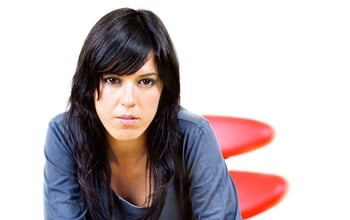 Princessa (ES)
Anyone But You, Calling You (A Message From Love City), I Won’t Forget You, Summer Of Love, Try To Say I’m Sorry

Princessa aka. Mónica Capel Cruz from Spain, regularly accompanied her father at his rehearsals already as little girl. Her professional career started at the age of 10 when she recorded her first LP with X-mas songs and for more than 3 years she was Disney’s official singer in Spain, covering and performing Disney-songs with her special voice.

In 1991 the German producer Frank Peterson (Enigma, Sandra, Sarah Brightman, Gregorian…) heard one of Monica’s Disney songs on the radio, fell in love with her voice and signed her to his production company.
Monica started her pop/dance career by the name PRINCESSA. Her first album “Princessa” (1993) was completely in Spanish, was release in over 20 countries brought Princessa her first chart entries across South America and in Spain.

Her 2nd album “Calling You” (1996) became a hit in several countries in Europe and Asia, selling more than 300.000 copies. The Album reached No. 1 in Finland where it became the biggest debut album of all time and went 4 times platinum. The title song “Calling You” was picked by SEAT for a TV-campaign and helped Princessa gaining serious recognition all over Eastern Europe, the Baltics and Scandinavia. Also, the song became a major radio hit in Japan and South East Asia.

With her second English album in 1997, Princessa visited Japan several times to promote the album and selling more than 500.000 copies in a week. This album is considered one of the best europop albums ever. Princessa was in the TOP 40-list for 27 weeks, 11 TOP 5 and 1 week on TOP 1 with hits like “Anyone but you” ,“Calling you”, “Try To say I´m sorry“…

In 1998 Princessa was chosen to sing the main song of the famous a German TV show Marienhoff, the song was called Snowflakes. This song became a Christmas success and was the first hit of her new album “I wont forget you” released in 1999. The album’s title song “I wont forget you“ had a huge welcoming in Europe, Japan, Filipins, Singapore, Italy, Finland, Estonia, Germany, Japan, Spain…. It also was the soundtrack for the Solid Jeans advertising campaign.

Ask the price of Princessa and availability for free at info@room5.fi