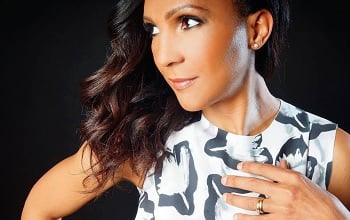 Rozalla (UK)
Everybody’s Free (To Feel Good), Are You Ready to Fly, Faith

Rozalla began performing at a young age in her native Zambia singing in clubs and at events and, at age 13, singing on a children’s TV show. While still in her teens she relocated to Zimbabwe where she fronted various R&B cover bands before beginning her own recording career with a resultant five number-one hits on that nation’s chart. In 1988 an English producer and manager Chris Sergeant brought Rozalla to London placing her with the Band of Gypsies, a production duo consisting of Nigel Swanston and Tim Cox, who produced her most successful singles and her debut album.

Her first UK single Born To Luv Ya became a club hit in 1990, but Rozalla’s career took off when the dance anthem Everybody’s Free (To Feel Good), reached number 6 in the UK Singles Chart in 1991. The single became a Top 10 hit in many European countries soon afterwards and reached the Billboard Top 40 the following year. It was later included on her dance-heavy debut album Everybody’s Free, which peaked at number 20 in the UK Albums Chart and went silver. The album spawned two more sizeable hits in Faith (In The Power Of Love) and Are You Ready To Fly, reaching number 11 and 14 respectively in the UK Singles Chart.

After touring with Michael Jackson, opening all of his performances on the European leg of his Dangerous tour, and several other charting singles Rozalla enjoyed UK Top 20/US Top 100 success in 1994 with her cover of I Love Music, the theme song to the film Carlito’s Way. Three more dance singles, including a cover of Soul Family Sensation’s underground hit I Don’t Even Know If I Should Call You Baby, also reached the upper regions of the UK Singles Chart.

Rozalla showed a different side of herself in 1994 on the critically acclaimed Sony album Look No Further, on which she worked with music legends Diane Warren, Frankie Knuckles and Jellybean Benitez amongst others. In 1996 a remix of Everybody’s Free (To Feel Good) reached the UK Top 40. Her 1998 album Coming Home saw her reunite with the Band of Gypsies and spawned a stateside club hit with its lead single Don’t Go Lose It Baby and was well received by her dance following.

Rozalla enjoyed a hit single in Germany in 2002 with the Aquagen remix of Everybody’s Free and in 2003 she entered the UK Singles Chart alongside Plastic Boy on the vocal trance single Live Another Life. This track was included on her first, and only, official compilation The Best Of Rozalla which was issued soon afterwards.

A Global Deejays remix of Everybody’s Free (To Feel Good) reached number 7 in Australia in 2009 after it had been used as the theme song to So You Think You Can Dance. The remix became a hit in some European countries later that year, but by this time Rozalla was once again experimenting with other styles of music.

She issued the jazz/soul album Brand New Version in 2009, adding her surname Miller to her recording guise. Some songs were played on various UK radio stations, including Radio 2 and Jazz FM, and Rozalla promoted the album by performing as the support act for Billy Ocean on his UK tour of 2009.

Ask the price of Rozalla and availability for free at info@room5.fi