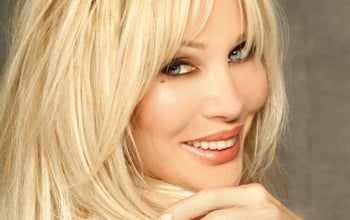 Spagna (IT)
Easy Lady, Call Me, Every Girl and Boy, I Wanna Be Your Wife

Spagna started her career singing in English in the early ‘80s. Her first dance song Easy Lady was a hit throughout Europe (TOP5 in France, Spain, Germany and #1 in
Italy), selling more than 2million copies. One year after she released Call Me: the single made No.1 in the European Chart, and reached no.2 in Italy and in the UK
Singles Chart. It also made no.13 in the U.S. Billboard Dance Chart. Both the singles anticipated the release of Spagna’s first album Dedicated to the moon (CBS 1987), which sold more than 500.000 copies.

Some years after – in 1989 – Spagna released a new album called You are my energy. The first single extracted from the LP – Every girl and boy – reached TOP5 in Europe and TOP25 in UK.

In 1990 Spagna moved to US, where she worked – together with some american songwriters – on No Way Out (LP – 100.000 copies sold). Diane Warren was one of the songwriters Spagna collaborated with, whom composed for the italian artist There’s a love.

In 1995, after the release of her last dance song Lady Madonna (#4 in Italy), she started singing in her native Italian language. After achieving a great success with the Italian version of Elton John’s Circle of Life (Il cerchio della vita), featured in the Italian soundtrack of the Disney film The Lion King, she took part in the Sanremo Festival, the most important Italian song contest, ranking 3rd with the song Gente come noi.

Spagna’s albums and singles have sold a total of over 10 million copies worldwide, for which she has been awarded the “Disco d’oro alla carriera” (Gold certification for the career) by the Italian Federation of the Music Industry (FIMI) in 2006.

From 2009 Spagna has re-established a collaboration with Larry Pignagnoli (producer of all the tracks that made her famous all around the world in the 80’s), recording together the new versions of Easy Lady (TOP30 in the iTunes Italian Chart), Call Me, The Magic Of Love (TOP50 in the Italian FIMI-GFK single chart), “Baby Don’t Go” (official anthem of Verona Gay Pride) and “Straight To Hell”.