The KLF (Wanda Dee of the KLF) booking 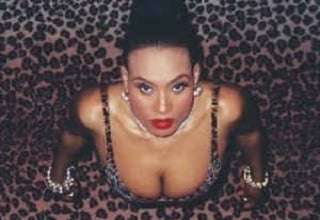 Sign up for newsletter here, and be first to know about concerts and tours.
Check our other artists here

The Goddess, WANDA DEE Born in Harlem & raised in The Bronx during the birth of Hip Hop… In the 80’s, WANDA DEE made musical Herstory as Hip Hop’s 1st female inductee into The Universal Zulu Nation by her DJ mentors AFRIKA BAMBAATAA & KOOL HERC (The Godfather & Father of the genre), 1st female Hip Hop DJ (personally cast by HARRY BELAFONTE himself in his urban cult classic “BEAT STREET” 1st female Rapper to go platinum with “TO THE BONE” b/w “THE GODDESS” & 1st & only female Rapper signed to The U.K.’s most successful production team of STOCK, AITKEN & WATERMAN on PWL Records, where she debuted “BLUE EYES”

In the 90’s, after selling over 3 million records in the Rap game, PETER WATERMAN re-signed Wanda to a new $5 million dollar recording / publishing deal with PWL, but this time as a singer (going down in history as ‘ the LAST act signed to SAW/PWL’ (before their official disbanding after more than 200 Top 10 singles) where she was soon discovered by two interns there (BILL DRUMMOND & JIM CAUTY of THE KLF) who enlisted her no nonsense vocals & writing abilities to fashion the first initial two hit singles “WHAT TIME IS LOVE?” & “LAST TRAIN TO TRANCENTRAL” – off of THE WHITE ROOM album, which went on to score over 22 million records sold worldwide, platinum status in 77 countries & a demand for live shows by ‘The Voice Of THE KLF’!

With now (4) four #1 records from one album (“3AM ETERNAL” & “ALL BOUND FOR MU MY LAND charting globally, KLF producers abruptly disbanding, being world renowned as the erotic centerpiece of their groundbreaking music videos & having both a vested publishing interest in robust record sales as well as the personal blessing of ARISTA / BMG CEO CLIVE DAVIS, Wanda (after legal wrangling with THE KLF) took THE KLF show on the road under the guise of THE KLF featuring WANDA DEE! Selling out in some 38 U.S. states, 150 cities in 90 countries on 6 continents, her high octane signature exotic, erotic & hypnotic shows have gone unchallenged as The Hottest Live Show in Dance Music, complete with muscle bound agile male & female dancers, costume changes, breathtaking choreography staged by her Producer / Husband ERIC FLOYD (renowned Broadway / movie / TV showman) & a repertoire aplomb with several of the (7) seven languages she sings in… earning her the well-deserved titles of; The Empress of EDM… The Queen of Steam… The Diva With Fever… & The Goddess….
​
Today in the 2000’s, having continued multi-platinum success with solo album / single CD releases (“I WANNA SEE YOU SWEAT” / “I LIKE I HARD” “THE GODDESS IS HERE!”) & with multiple residences in the U.S. but mainly residing in Las Vegas, where she performs regularly, she is proud to still be THE ONLY KLF TOURING LIVE SHOW IN THE WORLD in the groups 3 decade+ long existence; a claim that no other 90’s dance band can make. For the only name that fans have sought to sing & bring the magic, mystery, mastery, melody & majesty of THE KLF music to the masses was, is & will always be… The Goddess, WANDA DEE! ~NenemusicThe KLF Feat.